Join us with authors David Lange, author of new release “Quest: My Journey Through La Mancha” , Daniel Meier, author of “The Dung Beetles of Liberia” and Liz Box, Stephanie Dockweiler, and Janiva Jones, of QS2 Training and Consulting – “Something Is Different”. 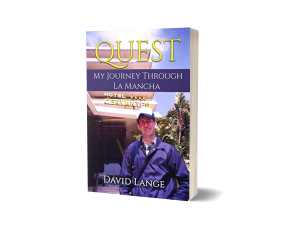 Congratulations to David Lange, author of new release “Quest: My Journey Through La Mancha” –  Hope, kindness, faith, and the beauty of the human spirit. QUEST follows the true adventures of David Lange, a despondent New York teenager whose life changes forever after a “chance” meeting with a beautiful stranger during a summer trip to Spain, in 1982. Raised without religion and lacking self-confidence, he embarks upon an incredible quixotic journey to find and thank the woman who inspired hope within his heart. While his professional career as an Air Force officer takes him across the world and through combat in several war zones, an increasingly fantastic array of signs and portents, often verging on the miraculous, guide this would-be knight errant along a more spiritual pathway. Lange relies upon vivid descriptions from the pages of his diaries to bring to life the passion and enthusiasm of a man finding his way through the darkness and learning invaluable lessons about love, faith, gratitude, and hope. In a world that demands we follow the herd, the author strikes a forceful blow in the name of individuality and the power of forging one’s own path through life. 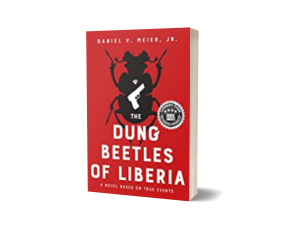 Daniel Meier, author of “The Dung Beetles of Liberia” – 2019 Grand Prize Winner, Red City Review – Based on the remarkable true account of a young American who landed in Liberia in the 1960s. Nothing could have prepared him for the events he was about to experience. Ken Verrier quickly realizes the moment he arrives in Liberia that he is in a place where he understands very little of what is considered normal, where the dignity of life has little meaning, and where he can trust no one. It’s 1961 and young Ken Verrier is experiencing the turbulence of Ishmael and the guilt of his brother’s death. His sudden decision to drop out of college and deal with his demons shocks his family, his friends, and especially his girlfriend, soon to have been his fiancee. His destination: Liberia–the richest country in Africa both in monetary wealth and natural resources,  It’s a novel that will stay will you long after the last word has been read. 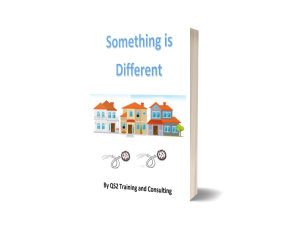 Liz Box, Stephanie Dockweiler, and Janiva Jones, of QS2 Training and Consulting – “Something Is Different” – In such trying times and an uncertain world, this book is written to soothe Covid-19 fears in children. It explains to them why they can’t go to school, why they can’t see their friends, and why it isn’t safe for their parents to return to work. It helps them see while something is very different, we can all work through this as a team.