Join us with authors Michael Palermo and Thomas Duffy. 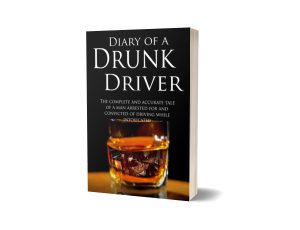 Michael Palermo, author of  new release “Diary of a Drunk Driver” -In today’s society the problem of Driving While Intoxicated or DWI is more prevalent than ever! Why? For several reasons but the most obvious to me is that more people drink and drive, not just drink and then drive. Years back when the majority of the population worked and lived in the inner cities, the average Joe would finish work, head for the nearest bar and have a few and take the train home. Or, finish work, take the train home, find the local bar, and walk home! With the explosion of not only suburban living but businesses moving to the outer cities as well as moving into the suburbs themselves., the convenience of the automobile was and is undeniable! In addition, the media explosion has extended consciousness to all forms of DWI. The tragedy caused by a DWI crash can remain for years, not only for the victim for the families, friends, and anyone who is connected with such an incident. So, what happens when you caught Driving While Intoxicated? What are the sacrifices? What are the costs? What are the embarrassing failures? In Diary of a Drunk Driver, the author provides the complete and accurate tale of a man arrested for, convicted of DWI, and the entire journey from the moment of arrest until the release from probation eighteen months later. 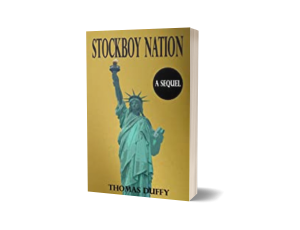 Thomas Duffy, author of “Stockboy Nation: A Sequel” – Phillip Doherty is at a crossroads in his life. He has moved from New York to California. He is engaged to be married to his long-time girlfriend, Melissa, his career is going nowhere and his latest novel has flopped beyond a reasonable doubt. Phillip thinks his only way out of money troubles is to go back to retail by working for Milton’s World of Fun which was the company where he worked when readers first met him in the original book, Stockboy (2013). Life doesn’t work out easily for Phillip in a forever-changing world where things transform in the blink of an eye. This story is Phillip’s journey to discover a new normal for himself and, somewhere along the way, decide what he will do for work. When confronted with another romantic partner, he also must re-evaluate his relationship and decide who he really loves. Stockboy Nation aims to make you laugh, cry, and think in ways you’ve never done so before.