Join us with authors Heather Siegel and Lucinda Clarke. 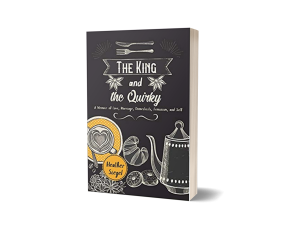 Heather Siegel, author of new release “The King and the Quirky” – Thirty-four-year-old Heather Siegel is eccentric, artsy, and independent, and she doesn’t believe in romantic fairy-tales. At least not until she meets her opposite in Jon, a man of science, logic, and kingly ego. Not only does she fall for the idea of love and “soulmates,” she goes one step further—she moves to the suburbs of Long Island and invests wholeheartedly in marriage and motherhood. Naturally, it doesn’t take long before she finds herself lost and adrift. To regain a shred of her old self, she embarks upon a series of quirky and painfully humorous entrepreneurial and health adventures. Can you be a stay-at-home mother and still be a feminist? Should we believe in the “true love” narrative? These are questions posed within this high drama of the mundane, in which (spoiler alert) no murder happens, no affair unfolds, and no death, illness, or trauma is suffered. 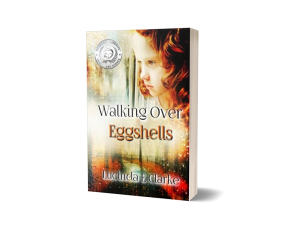 Lucinda Clarke, author of “Walking Over Eggshells” – Walking Over Eggshells is an autobiography that tells the story of a mentally abused child, who married a “Walter Mitty” clone who took her to live in many different countries. They moved from England to Kenya, from Libya to Botswana and on again to South Africa. It took all her courage to survive in situations that were at times dangerous, sometimes humorous, but always nerve-wracking. She had a variety of jobs, different types of homes, and was both a millionairess and totally broke. At one end of the scale, she met royalty, hosted ambassadors, and won numerous awards for her writing and for her television programs. At the other end, she climbed over garbage dumps, fended off the bailiffs, and coped with being abandoned in the African bush with a seven-week-old baby, no money and no resources. She admits to being the biggest coward in the world, but her survival instincts kicked in and she lived to tell her story. This book will make you laugh and cry, but also it also explains the damage being brought up by a mother with a personality disorder that can inflict on a child. However, it is not all doom and gloom, and hopefully, it will inspire others who did not have the best start in life either. All names have been changed to protect both the guilty and the innocent – and that includes the author as well!