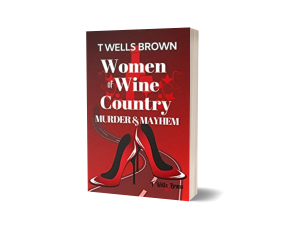 T. Wells Brown, author of “Women of Wine Country: Murder and Mayhem” – A horrific tragedy leaves Isabella heir to a winery she hasn’t a clue how to run. Along with the winery, comes the bossy but gorgeous Cabe Brown. A man she needs if she has any chance of keeping her mother from destroying the legacy her uncle spent decades creating. However, neither Isabella nor Cabe is prepared for the unknown danger that awaits her. Join Isabella in her journey of devastation and struggle as she navigates California’s beautifully lush Zinfandel Wine Country. 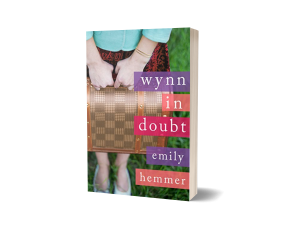 Emily Hemmer, author of “Wynn In Doubt” – Wynn Jeffries has wanderlust. Unfortunately, her life stalled somewhere between graduating from college and slinging drinks at the local dive bar. Stuck in a one-room apartment with no career, no boyfriend, no…life, she dreams of something more. Something amazing. Something like Oliver Reeves, her high school crush, who’s back in town and reminding Wynn of the way she used to be.

When a forgotten news clipping falls out of a book belonging to Wynn’s grandmother, a well-kept family secret is finally revealed. Is Wynn’s gypsy spirit the result of an overactive imagination, or did she inherit it from a woman so determined to live a big life, she gave up everything to have it?

Together, Wynn and Oliver attempt to put together the missing pieces of her family’s past and unravel the mystery behind her great-grandmother’s disappearance. But after so much time succumbing to fear and regret, can Wynn ditch her safe, routine life for the chance at an extraordinary future? 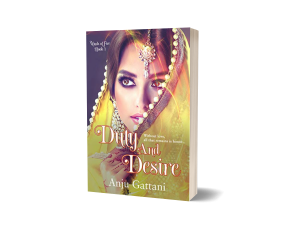 Anju Gattani, author of “Duty and Desire” – To uphold family honor and tradition, Sheetal Prasad is forced to forsake the man she loves and marry playboy millionaire Rakesh Dhanraj while the citizens of Raigun, India, watch in envy. On her wedding night, however, Sheetal quickly learns that the stranger she married is as cold as the marble floors of the Dhanraj mansion.

Forced to smile at family members and cameras and pretend there’s nothing wrong with her marriage, Sheetal begins to discover that the family she married into harbors secrets, lies, and deceptions powerful enough to tear apart her world. With no one to rely on and no escape, Sheetal must ally with her husband in an attempt to protect her infant son from the tyranny of his family.