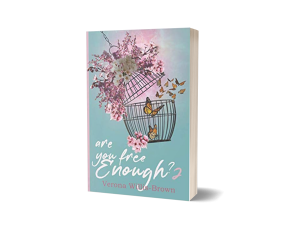 Verona Willis-Brown, author of “Are You Free Enough? 2” – The love between the two has reached explosive dimensions, it was a steamy love affair…no, it was an extremely deep sexual connection between Michael and Michelle one that is hard to find or let go. Their body fluids had joined them together like Siamese twins with pure seduction. Find out what twists and turns will happen between the sheets when their fingers, tongue, and sexual organs get ignited by intense passion. Will the love fade away or remain the same? 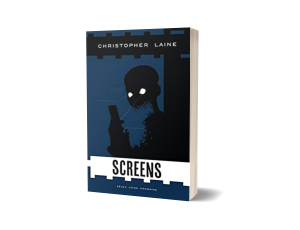 Christopher Laine, author of “Screens” – Sometime in 2016, dark web posts began appearing about a document known only as “the Manuscript.” Originally created with a manual typewriter and impossible to digitize, the Manuscript can only be read by those who can procure one of its precious few copies. It is said that the Manuscript contains horrific knowledge, and those who have read it have immediately disconnected from the internet, vanished off the digital grid, never to return.

In short order, all online posts regarding the Manuscript were gone without a trace. Everyone with any knowledge or connection to them has disappeared or been gruesomely murdered.

Something horrible is happening. Something unspeakable is coming.

And yet you can’t seem to stop staring at that television, that computer, that mobile phone. THEY have you, and for all your justifications and bravado, you never can turn away.

Why are you still looking?

THEY are watching you… 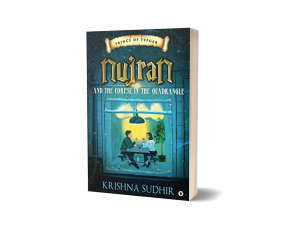 Krishna Sudhir, author of “Prince of Typgar: Nujran and the Corpse in the Quadrangle” – This is the second in the Prince of Typgar series, the much-anticipated sequel to Nujran and the Monks of Meirar. At the end of the first book, we left Nujran as a teenager who has learned much through his journeys alongside his teacher Amsibh. He experienced romance, conflict, friendship, betrayal, and loss. He grew up along the way.

We begin the second book on the sprawling campus of the prestigious University of Western Foalinaarc, where a body has just been discovered. Who is this girl, and why is she dead? Could it be linked to the mysterious illness sweeping the campus and plaguing the teaching community? Why does Amsibh come to the school, and what does he need to protect Nujran from? Through what twist of fate is Nujran reunited with his old friends, the Monks of Meirar? And why does Nujran end up being a captive again?

The stakes are higher than ever before, with fugitives on the run, turbulence on the university campus, a new romance, a bizarre kidnapping, a perilous escape from prison, and a rescue mission where things don’t quite go as planned. Corpse in the Quadrangle is another fast-paced adventure that will hold young readers spellbound!