Join us with authors Sebastian Pandolfo, author of “McGowan At War”, Michelle and Angelle, authors of “Wrong Guy, Right Room” and Srdjan Bogicevic, author of “The Art of the Imagination” 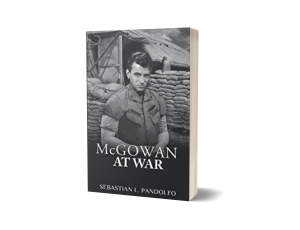 Sebastian Pandolfo, author of “McGowan At War” – Set in 1969 in what was then the Republic of Vietnam, this novel deals with intelligence-gathering and some of those involved in the process, particularly Warrant Officer Francis McGowan, a US Army linguist. His assigned duty is to sit in an office translating intercepted enemy communications but he is drawn into the active hunt for a communist spy. An American counterespionage agent working on the same case begins to suspect that McGowan himself is a security risk. 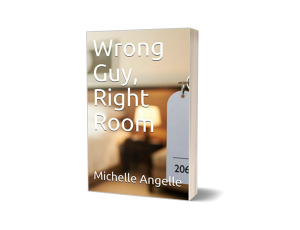 Michelle and Angelle, authors of “Wrong Guy, Right Room” – Neil and Kaitlyn’s meet-cute is straight out of a romance novel, except for the lack of hot sex. He wants to wait until their wedding night and make it special, but she’s not so sure. Neil’s gesture would be romantic if the love of her life, Luke, hadn’t abandoned her ten years earlier, leaving a string of ghastly relationships in his wake.

The night before Kaitlyn’s rehearsal dinner, her twin brother fills her head with images of erectile dysfunction and deformed penises, sending her to seduce Neil before it’s too late.

Scantily dressed, Kaitlyn sneaks into Neil’s hotel room ready to uncover their chemistry, but discovers Luke in bed instead. A viral outbreak in the hotel forces them into quarantine together. Kaitlyn and Luke must face their heartache from the past and their undeniable attraction in the present.

Wrong Guy, Right Room is a stand-alone contemporary romance where the wrong guy might just be the right man. 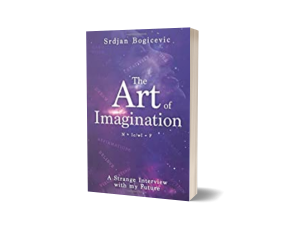 Srdjan Bogecevic, author of “The Art of the Imagination” – After having a flash in his mind, the Present Self received an insight that he should write a book by using his Imagination to find the life answers he seeks, answers that his Future Self will provide for him. Stepping into the unknown, the Present Self was surprised when during that interview the roles were reversed, and instead of seeking the answers, he was the one who was providing them. Your Imagination is unlimited. You just need to remember how to use that power to create the life you want. This book will teach you exactly that; how to use your Imagination combined with your Intention to create the Future you’re dreaming about. That’s why you’ve been drawn to this book. There’s something inside of you that knows you’re greater than your current reality. That you can be more. Do more. Have more. Maybe this book is just one more reminder you’ve been looking for. To remind you of how great you are. By the time you finish reading this book, you’ll be in the process of transforming to a higher and better expression of yourself. Just remember this quote that the great Albert Einstein once said: “Imagination can take you everywhere!” The Art of Imagination aims to stimulate the imagination of the reader and is directed towards adults who are in their late 20s and early 30s, who may be questioning their path in life and who they are as a person.